I was reminded on Facebook today that four years ago a photo of two Plains Zebras (Equus quagga) I took in Nairobi National Park, Kenya won 3rd place in a local professionally judged photo contest. At the time I entered, I wasn’t sure I’d even place in the contest. I had not entered a photo contest since I was a teenager; the theme was “lines” and I wasn’t sure if Zebras was too tangental to the theme or not. What I was most nervous about was that I didn’t have a DSLR at that time. That moment between two zebras was quickly captured with a Canon SX120 (purchased from Office Depot of all places) while the tour operator sped along a dirt road through the park – no time for set up and tripods and such. I later processed the photo in Aperture as a high key image because I liked the look and felt that it best fit the subject of the photo.

Those two Plains Zebras would later win 1st place in another professionally judged photo contest. I still get many nice comments on this photo and have sold a few prints along the way. I’m proud of this photo because it demonstrates that a good image can be captured with any type of equipment as long as the photographer knows a little something about light and composition – which I’ll admit I’m still learning. That said, I’d really like to have the opportunity to re-take this image on a future trip to Africa with my new DSLR. 😉 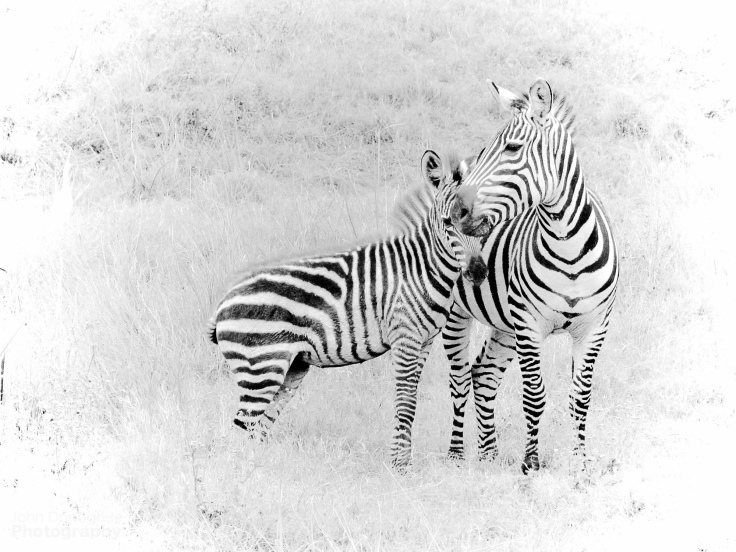 For more photos from my trip to Kenya, please visit this link.