My wife and I frequently visit Palm Springs; it’s only an hour from our house and it’s a fantastic town full of art, culture, food and film with sun-filled skies and a dramatic backdrop of Mount San Jacinto. Palm springs also hosts world-class architecture and modernism revival that’s unparalleled.

This weekend was the end of Modernism Week, a 10-day annual event celebrating mid-century modern culture, art and architecture. This year we spent the weekend and attended a double-decker bus tour of Palm Desert homes and commercial structures that were designed by well-known mid-century architects.

While I usually take a lot of time to compose my photos, bracket and try some different exposure settings, this was not possible on a bus tour. So, knowing I was going to be in bright sun for 3 hours on a moving bus, I slapped on a circular polarizer filter and shot in Program (P) mode so I could focus on composing a photo quickly. We saw some fantastic homes designed by architects such as Donald Wexler, William Cody, William Krisel and others. Here’s some photos from that tour: 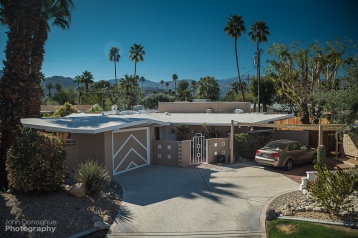 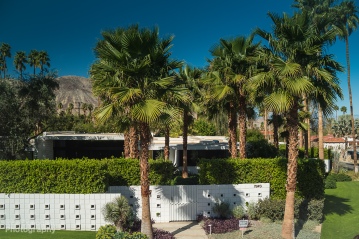 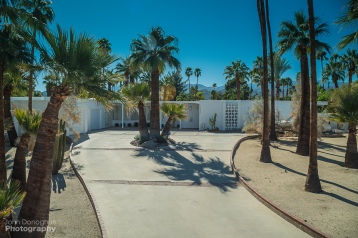 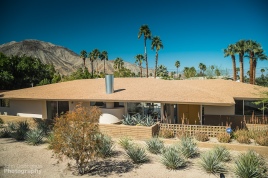 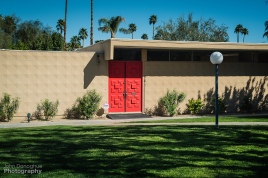 The tour provided a good overview of some well-known structures and, though the vantage point was high, it also gave us a look over the fences of houses we wouldn’t see as easily from the ground level. That said, I plan to revisit some structures so I can recompose some shots.

I also took a little time to photograph a few places at night that I’d previously visited in the daytime. Here’s a small selection: