“Reminds me of my safari in Africa. Somebody forgot the corkscrew and for several days we had to live on nothing but food and water.”
– W. C. Fields (American actor and writer)

With our Safari itinerary designed and our travel and insurance booked, we needed to make some decisions about equipment, clothing, luggage and more.

We would be flying in small 10-12 seat planes between airstrips within Tanzania, so we were limited to a maximum of 34 lbs. of luggage (including carry-on bags) each. We were also informed that we would need soft bodied bags so that they could be crammed into the small cargo holds of the safari planes. We looked at a lot of bags and read a lot of blogs and reviews of bags. In the end, we liked the bags from RedOxx the best as they were well rated, seemed large enough for our clothing and gear, and rugged enough to survive travel in the cargo hold of safari planes, the backs of Toyota Landcruisers, etc. We selected two Safari-Beanos Bag PR 5.5 bags – one in safari styling and the other in olive styling. We later saw several of these bags on safari, including on our first flight to the Northern Serengeti, where two fellow passengers had the exact same bags in the same two styles we had selected. 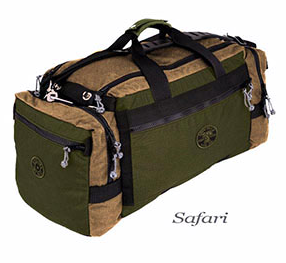 Several blogs and websites recommended the use of packing cubes to help organize your clothing and gear so that it was easily accessible and packable for travel to the next safari location. While RedOxx had packing cubes that were designed for their bags, at $129 for a 5-piece set, we found them quite expensive for what they were. Instead we purchased Amazon Basics 4-Piece Medium Packing Cube Set ($19.99). Though not specifically made for the RedOxx bag, they fit in lengthwise nicely and could be supplemented with the Amazon Basics 4-Piece Small Packing Cube Set to fit smaller items in the ends of the RedOxx bags.

While there are many vendors who offer spectacular and authentic safari clothing, we found quick-drying hiking pants and wash-and-wear shifts from REI and Columbia to be great options. Columbia had the advantage of being more widely available and having several outlets within a decent driving distance. Both retailers offered clothing that was affordable and in the earth-toned tans, browns, and greens that were recommended. Camouflage clothing is absolutely not allowed in the parks.

When I first visited Kenya in 2010, I was a struggling PhD student. Though I had  lots of previous photography experience with 35-mm film cameras, I didn’t have a digital camera for travel. Needing something for the trip, I purchased an affordable Canon SX120 because it was portable but had a 12x optical zoom. Though not the SLR I was used to, I managed to take some very good with it that even won a few local awards. (See my previous post on these photos here ).

Since that time, I have deepened my photography experience and normally shoot with my Nikon D750 full-frame DSLR which I love. For Tanzania I wanted to get something a bit lighter and I wanted to try mirrorless. After a LOT of reading, in-store trials, and many discussions with photographers I know, I settled on the Fujifilm XT-2. It offered the features I wanted, had a fast focus, a good selection of lenses, and was weather sealed – something I’d need in the dusty Serengeti. I paired the Fujifilm XT-2 with the Fujinon XF 100-400mm f/4.5-5.6 zoom lens. Though large, it wasn’t as humongous as the other zoom lenses I had looked at. It also had a sizable lens diameter to allow a lot of light to come in and was weather and humidity resistant. Moreover, the Fujinon XF 100-400mm f/4.5-5.6 zoom lens had optical image stabilization and an equivalent crop-factor length of 150-600mm for capturing distant subjects on the savannah. Because I was concerned about battery life, I also paired the XT-2 body with the Vertical Power Booster Grip and 3 additional spare batteries so that I’d have plenty of shooting time during our day-long safaris.

Many photography blogs on African safaris recommended having multiple cameras, and luckily, a few weeks prior to our safari, I had an opportunity to get a second used XT-2 body, battery grip, and a Fujinon XF 18-55mm kit lens from a local dealer at a generous discount. This, along with 3 more spare batteries, became Christine’s photo gear while we were in Tanzania.

I knew we would be shooting lots of photos, so I wanted to make sure we had plenty of space and purchased 10 Kingston Canvas React 64 GB SD cards.

All of my camera gear fit comfortably in a Tamrac Anvil 23 Camera Backpack that also held a cleaning kit, filters, chargers, and my 15-inch MacBook Air and charger. 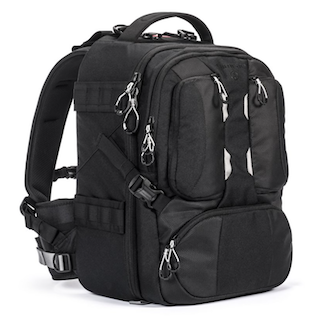